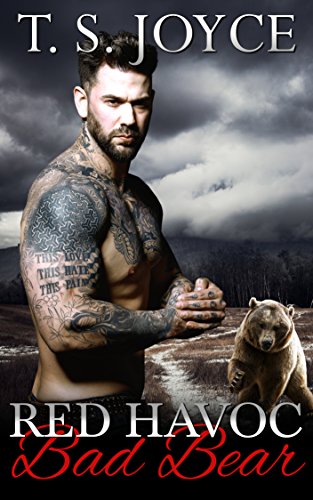 The countdown is on. Crazy Lynn Matheson has six days until she’ll join all the other shifters who have lost their minds and been put down by their alphas. All she wants to do is get through the next week with the Gray Back Crew as quietly as possible, but some of the big, dominant males in Damon’s Mountains are pushing her to fight her destiny. The main culprit? A tatted-up, motorcycle-riding, trouble-making giant of a man named Jathan Barns. He’s watching her every move, angering the panther inside of Lynn. She wants nothing to do with love, but Jathan is stirring up emotions she never thought she would feel again, and now he’s making her question everything—her destiny included.

The countdown is on. Jathan Barns has six days to save Crazy Lynn. She fell apart when she left Damon’s Mountains, and now no matter what it costs him, he is determined to keep her alpha from putting her down. He would fight every shifter on earth to keep her safe, but he can’t save a half-crazed panther shifter who doesn’t want to save herself. The plan is simple: manipulate Lynn into being the tough girl he knows she is, without losing his heart in the process. But the more time he spends with her, the more he learns things aren’t always what they seem. She isn’t weak like he thought, and as he begins to understand her, it becomes clear that her broken panther might be just the right match for his Bad Bear.