Pricer Pro will stop recieving price updates from Amazon on March 9, 2020. Price alerts will no longer work after this time.

Price history for
Memories...Do Not Open 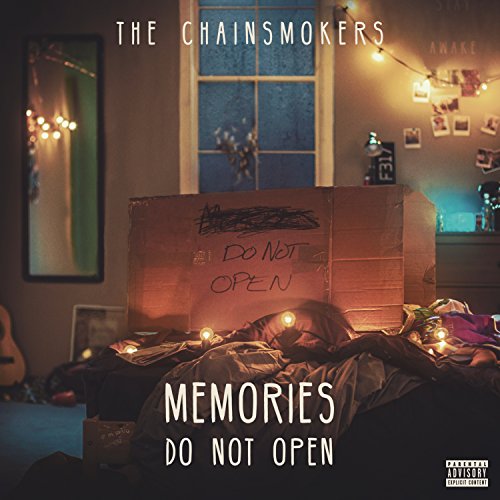 Memories…Do Not Open is the debut full-length album from Grammy Award winning artist/producer duo The Chainsmokers. Comprised of Alex Pall and Drew Taggart, The Chainsmokers have evolved into a dominating musical force with a diverse repertoire of songs that have led them to become today's hottest young artist/producer duo. With a signature sound that deftly reaches across indie, progressive and pop realms, their original tracks and remixes have topped the charts throughout the world.

Memories…Do Not Open is available both digitally and physically, along with a special edition translucent gold vinyl. The album features the just certified Gold first single "Paris," a brand new single with Coldplay - "Something Just Like This," and 10 additional brand new, never before heard tracks from the hit-making duo.

The Chainsmokers have dominated radio charts for the past two years, and along the way sold over 10 million singles. They have also performed all over the world to sold-out crowds at their own headline shows and major festivals including SXSW, Ultra and Coachella, and also at the 2017 Brit Awards, the 2016 American Music Awards and the 2016 MTV Video Music Awards.
Category Hierarchy