Price history for
Incidents of Travel in Central America: Chiapas and Yucatan, Volume 1 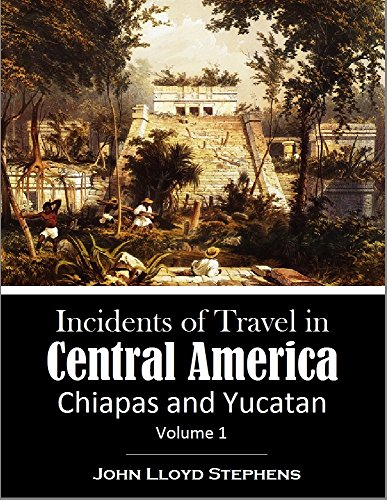 John Lloyd Stephens (1805 – 1852) was an American explorer, writer, and diplomat. Stephens was a pivotal figure in the rediscovery of Maya civilization throughout Middle America and in the planning of the Panama railroad.

Stephens read with interest early accounts of ruined cities of Mesoamerica by such writers and explorers as Alexander von Humboldt and Juan Galindo.

In 1839, President Martin Van Buren commissioned Stephens as Special Ambassador to Central America. While there, the government of the Federal Republic of Central America fell apart in civil war. His Incidents of Travel in Central America, Chiapas and Yucatán gives a vivid description of some of those events which Stephens witnessed. Stephens and his traveling companion, architect and draftsman Frederick Catherwood first came across Maya ruins at Copán, having landed in British Honduras (present-day Belize). They were astonished at their findings and spent a couple weeks mapping the site. They surmised that this must have been built by some long forgotten people as they couldn't imagine the native Mayans as having lived in the city. Stephens was actually able to buy the city of Copan for a sum of $50 and had dreams of floating it down the river and into museums in The United States. They went on to Palenque, Uxmal, and according to Stephens, visited a total of 44 sites. Stephens and Catherwood reached Palenque in April 1840 and left in early June. They documented the Temple of the Inscriptions, the Temple of the Cross, the Temple of the Sun and the Temple of the Foliated Cross. Of even greater importance, their book provided descriptions of several ancient Maya sites, along with illustrations by Catherwood. These were greatly superior in both amount and accuracy of depiction to the small amount of information on ancient Mesoamerica previously published.

Stephens continued his investigations of Maya ruins with a return trip to Yucatán which produced a further book.

His diplomatic appointment was for a specific purpose, not requiring a residence at the capital, and the object of his mission being fulfilled or failing, he was at liberty to travel. At the time of his arrival in Central America, that country was distracted by a sanguinary civil war, which resulted, during his sojourn there, in the entire prostration of the Federal Government. By the protection and facilities afforded by his official character, he was enabled to accomplish what otherwise would have been impossible. His work embraces a journey of nearly three thousand miles in the interior of Central America, Chiapas, and Yucatan, including visits to eight ruined cities, with full illustrations from drawings taken on the spot by Mr. Catherwood.

This book originally published in 1858 has been reformatted for the Kindle and may contain an occasional defect from the original publication or from the reformatting.