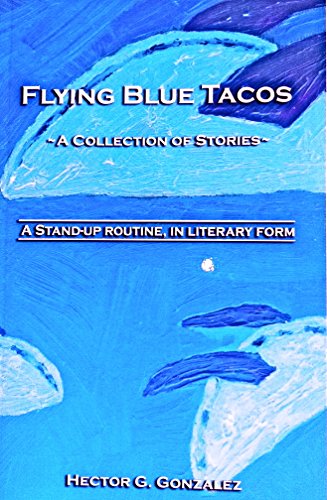 Wait a bit. The price is likely to go down. Track this price, and we'll let you know when it drops.

The main character of the book, Hector Zamora, a young college student takes a refreshing and witty view of his Mexican-American culture; a culture that many will be able to relate to. ---ON HAVING NEVER BELIEVED IN SANTA CLAUSE: I ve never believed in Santa Claus. My parents made it a point to let us know that it s el niñito Jesús, Baby Jesus, that brought us our gifts. I remember wondering to myself when I was about 9 years old, after opening up my only gift, Why is Baby Jesus so cheap? ---ON GROWING UP IN A GOVERNMENT FUNDED APARTMENT COMPLEX: I loved growing up in the apartment complex, though. Since they were government funded, I always had a bunch of kids to play with it was like always being at a Chuck E. Cheese s on a Saturday afternoon. Well, a poor man s Chuck E. Cheese s, more like a Pedro y Queso. ...ON THE FEAR OF BEING MISTAKEN FOR A WHITE GUY BY CHOLOS AT A RED LIGHT: My nightmare isn't so much about just being killed by a cholo it s being mistaken for a white guy by a cholo, and then being killed by him. I don t want to be shot in the head by a cholo, and then have him say to his homeboys, after hearing on the evening news that a guy named Hector Zamora was his victim, Damn, I thought he was a white dude, not Mexican! My bad dispensa! ---DENIAL THERAPY - MEXICAN S FAVORITE TYPE OF THERAPY: Denial Therapy is the preferred method of therapy for Mexicans. It s much better than Cognitive Behavioral Therapy or Psychoanalysis Therapy because it doesn't require seeing anyone with an advanced degree, there isn't a co-payment to make at the end of a session, the hours are flexible, and it s free. Denial Therapy may not fix the issue at hand, but it makes the problem bearable for at least one more day. ---ON HAVING YOUR SPANISH BEING MADE FUN OF BY YOUR COUSINS IN MEXICO: I guess that s their way of demonstrating their superiority over me while they can, because they know that the next time I see them in el norte, those that speak a little bit of English will be taking my order at a Burger King drive-through, and those that don t speak any English at all will be vacuuming my car at the Bubbles-R-Us Car Wash on Harbor Boulevard. ---CONCERNING THE OVERUSE OF Sí Se Puede Its been used in everything from immigration rallies to high school pep-rallies to my aunt yelling enthusiastically at her 2-year-old son ... ~ Sí se puede! ~ Sí se puede! ... as he sat on the toilet trying to take a cr__p after being constipated for a couple of days. ---WHAT IS THE DEFINITION OF A CHICANO? As far as I m concerned, concerning who is and who isn t a Chicano, if someone thinks he s a Chicano, then he s a Chicano. Besides, it s not like we re dogs there s no Chicano Kennel Club sending out Certificates of Authenticity or pedigree papers showing someone is a purebred Chicano. There s no contest where Chicanos are walked around an arena and compete for the Best in Show Chicano. Besides, what would a prize-winning Chicano look like, anyway? Who d be the judges? Who d appoint them as the judges? ---ON GOING TO THE RICH WHITE NEIGHBORHOODS ON HALLOWEEN FOR THE GOOD CANDY: Once in a while, someone would screw up and answer, Sí, it s yo Yenifer. But for the most part, they had no idea they were handing out candy to Hectors, Pablos, Marias, and Consuelos and not to Billys, Toms, Pattys, and Jennifers. ---WHY DO OLDER MEXICAN DADS AND GRANDFATHERS INSIST ON GOING TO TIJUANA FOR THEIR MEDICAL NEEDS? Knowing my dad, he probably goes to the TJ dentist because he gets a free hubcap with every visit and a sofa reupholstered after ten visits. Something like this has to be the reason for going to TJ for his dental work, because otherwise my dad s actions just don t make any sense.
Category Hierarchy