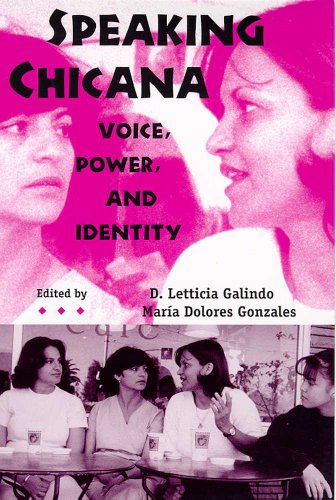 Previous studies in the fields of applied linguistics, sociolinguistics, and gender studies have focused upon Chicano linguistic communities as a monolith or have focused entirely upon male-centered aspects of language use, leaving a tremendous gap in works about Chicanas, for Chicanas, and by Chicanas as they pertain to language-related issues. Speaking Chicana bridges that gap, offering for the first time an extensive examination of language issues among Chicanas. Flowing throughout this collection of essays are themes of empowerment and suppression of voice. Combining empirical studies and personal narratives in the form of testimonios, the editors expand the boundaries of linguistic study to include disciplines such as art, law, women's studies, and literature. The result is a multifaceted approach to the study of Chicana speech—one that provides a significant survey of the literature on Chicanas and language production. Ten contributors—from linguistic to lawyer, from poet to art historian—discuss language varieties and attitudes; bilinguality; codeswitching; cultural identity and language; language in literature and art; taboo language; and legal discourse. Speaking Chicana celebrates the complexity and diversity of linguistic contexts and influences reflected in Chicana speech. Various essays explore the speech of rural women; the evolution of linguistic forces over time; the influence of U.S. public education; linguistic dilemmas encountered by literary authors and women in the legal profession; and language used by pachucas and pintas. Speaking Chicana represents a significant contribution, not only to sociolinguistics, but also to other fields, including women's studies, Chicana/o studies, anthropology, and cultural studies. Contents
Part 1. Reconstruction: Language Varieties, Language Use, and Language Attitudes
1. Crossing Social and Cultural Borders: The Road to Language Hybridity, María Dolores Gonzales
2. Fighting Words: Latina Girls, Gangs, and Language Attitudes, Norma Mendoza-Denton
Part 2. Reflection: Testimonios
3. Speaking as a Chicana: Tracing Cultural Heritage through Silence and Betrayal, Jacqueline M. Martínez
4. The Power of Language: From the Back of the Bus to the Ivory Tower, Christine Marín
5. Challenging Tradition: Opening the Headgate, Ida M. Luján
6. Mexican Blood Runs through My Veins, Aurora E. Orozco
Part 3. Innovation: Speaking Creatively/Creatively Speaking
7. Searching for a Voice: Ambiguities and Possibilities, Erlinda Gonzales-Berry
8. Sacred Cults, Subversive Icons: Chicanas and the Pictorial Language of Catholicism, Charlene Villaseñor Black
9. Caló and Taboo Language Use among Chicanas: A Description of Linguistic Appropriation and Innovation, D. Letticia Galindo
10. Máscaras, Trenzas, y Greñas: Un/Masking the Self While Un/Braiding Latina Stories and Legal Discourse, Margaret E. Montoya 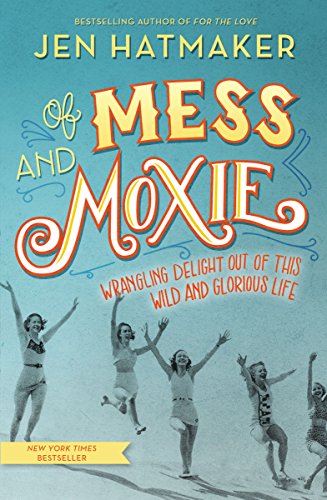 Of Mess and Moxie: Wrangling Delight Out of This Wild and Glorious Life
LOVED!